Andrew McNaughton is an Australian based multi-instrumentalist, musical director, composer and songwriter who has performed and recorded as a featured soloist in more than 20 countries.

His performance experiences range from the World Expo in Hanover, Gorky Park in Moscow and the International Trumpet Guild in New York to the Goethe Institute in Kazakhstan and the Edinburgh Royal Military Tattoo in Sydney, as well as venues from Norway to Italy including Porgy and Bess in Vienna, A-Trane in Berlin, Pod Filarmi in Poland and the Unterfahrt in Munich.

He is a passionate composer, arranger, songwriter and sound designer and highlights include commissions and performances of his work for the Australasian Clarinet and Saxophone Conference (Brisbane); Das Sinfonische Blasorchester des MON, Luz Amoi, and Unterbiberger Hofmusik (Germany), El Tanbura (Egypt), the International Trumpet Guild (New York), Musica Viva Australia, and the Royal Australian Air Force, among others. He has also written for theatre productions such as Gloria (Queensland Theatre Company), The Daylight Atheist and Hinterland (both for Melbourne Theatre Company) and Ruby Moon (Playbox Theatre Company).

Andrew is currently a sessional staff member at the Jazz Music Institute (JMI) and the Queensland Conservatorium Griffith University. 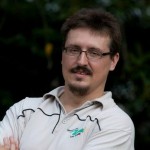 Daivd has a wealth of experience as a saxophone and woodwind instrumentalist performer, band director, radio producer and presenter and jazz educator.